You are here: Home / Blog / Dogs / What Is Von Willebrand Disease: Understanding the Most Common Inherited Blood Clotting Disorder

Von Willebrand disease, commonly abbreviated as vWD, is a blood clotting disorder that affects both humans and dogs. It is a form of hemophilia. The name of the disease comes from the factor that is missing in the blood; without the Von Willebrand factor, the platelets do not stick together well to form clots. It can lead to hemorrhaging and other complications, including iron-deficiency anemia and, in severe cases, death.

Many dogs with vWD are carriers, but they don’t show any symptoms. When dogs do show symptoms, the main sign is uncontrollable or excessive bleeding. The condition is often found during surgery when the dog does not stop bleeding well during and after the procedure. Other times, a dog will suddenly start bleeding uncontrollably from the nose or other orifices. You might see blood in their urine or stool. If a dog with vWD gives birth, she might hemorrhage during the delivery.

With that being said, not all dogs with the condition will bleed excessively during surgery or after an injury; some develop the tendency to bleed as they get older. This means that your dog might have been neutered or had his or her ears or tail docked as a puppy without showing any symptoms of vWD, but vWD cannot be ruled out this way.

A typical complete blood count (CBC) blood test, which is done routinely on many dogs, won’t usually detect vWD unless the dog has anemia (low stores of blood iron) from bleeding. A buccal mucosal bleeding time (BMBT) test can be done in the veterinarian’s office. The test is performed by making a small cut in the dog’s inner upper lip, and the amount of time it bleeds freely is noted. A dog who bleeds longer than four minutes is suspected to have vWD and from there will have a specific blood test that checks for the vWD factor.

Doberman Pinschers are commonly affected by vWD; it is estimated that 70 percent of purebred Dobermans might be carriers, but most of the carriers do not show symptoms. Also, Dobermans tend to develop a mild form of the disease, so severe illness and death are unlikely.

Scottish Terriers and Shetland Sheepdogs are also commonly affected, with between a quarter and a third of purebred dogs of these breeds carrying the vWD gene. Shelties have type III vWD, which is the severe type of this disorder.

Chesapeake Bay Retrievers also carry the illness and tend to develop a more severe case when they exhibit symptoms.

Other breeds that can be affected include Rottweilers, Miniature Schnauzers, German Shepherds, Standard Poodles, and German Shorthaired Pointers.

How Von Willebrand Disease Is Treated

Avoidance of bleeding is the primary treatment of vWD. A dog with this condition should not have cosmetic surgery (such as tail docking), and the risks and benefits of neutering should be discussed carefully with a veterinarian. There is some speculation that high levels of stress can set off a bleeding episode, so dogs with vWD should be kept calm when possible. An emergency plan should be in place so that the dog is always within quick reach of an emergency veterinary hospital in case they need a transfusion. If you travel or leave your dog with a caregiver, be sure that they know that your dog has the illness and what they should do if your dog starts bleeding.

In addition, dogs with this condition should not be given medication that can increase the risk of bleeding. If your dog needs to see a veterinarian other than your family vet who knows the dog’s health history, be sure to let them know about the vWD diagnosis so they can avoid prescribing medication that might increase their risk of a hemorrhage.

Because vWD is a recessive gene, the best way to prevent it is to avoid breeding dogs that you know are affected by the condition. Keep in mind that as it is a recessive gene, many dogs can be carriers without showing any symptoms. Before breeding a Sheltie or a dog of another commonly affected breed, ask your vet whether they should have a blood test performed to rule out or confirm that they carry the vWD gene to help prevent passing it along to the next generation. If the test is positive, the dog should not be used for breeding.

A Von Willebrand disease diagnosis can be challenging for dog owners, but with careful observation, close-by veterinary care, and a relaxed lifestyle, your dog can live a full and happy life. Be sure to talk to your veterinarian if you have concerns and find out where the nearest emergency veterinary hospital is in case your dog needs care on a weekend or at night. 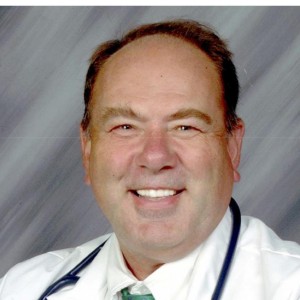 Miracle Recovery: Rev's Journey to the 2019 AKC National Agility Championship Finals
Rev picked Terri Every time she would visit his litter, he would keep coming up to h...
Choosing the Right Dog for Your Family
Now that you have decided to introduce a dog into your home, you and everyone else in y...
Regaining Canine Mobility: The Story of Susan Garrett and Encore
It’s safe to say that Susan Garrett’s dog Encore—a beautiful Border Collie with a...
x