Canine hip dysplasia (CHD) is a condition that emerges as dogs grow and results in the instability or loose fitting (laxity) of the hip joint.

Hip joint laxity is responsible for potential clinical signs of hip pain, leading to joint changes and thus osteoarthritis (OA). The hip joint is a ball-and-socket joint in which the ball should fit snuggly into the socket; when one has abnormal movement due to continual laxity, the long-term result is OA of the joint. Joint laxity is the primary factor that predisposes a dog to the development of hip dysplasia.

The cause of CHD is multifactorial; however, heredity (genetics) is the single biggest risk factor. Rapid weight gain and growth through excessive nutritional intake can further the development of CHD.

CHD is diagnosed by a combination of your veterinarian’s physical exam findings and radiographs.

The most accurate X-ray method is the PennHIP distraction method. PennHIP measures the actual amount of passive laxity in the hip joint. It accurately predicts whether a puppy will develop hip dysplasia. PennHIP views place a standard force on the hips to see how far the ball comes out of the socket (laxity of the joint). This allows for a calculation of a distraction index (DI), which is a measure of hip laxity.

These X-rays are of the same dog. As you can see, the distraction view shows much more laxity in the hips than the standard hip-extended view.

The PennHIP technique is more accurate than the current standard, and it has been shown to be a better predictor for the onset of OA.

Based on the degree of laxity, each dog is ranked relative to other members of the same breed. This allows you to easily identify animals with tighter hips within each breed. Dogs with tighter hips are less likely to develop CHD or OA.

It is mandatory that all PennHIP X-rays be submitted for analysis and inclusion into the PennHIP database. This eliminates possible “prescreening” of X-rays and sending only the best hips for evaluation. Not including the poor hips leads to a false impression that genetic progress is being made.

With regard to performance/working/service dogs, identifying a dog with healthy hips can extend the performance/working life of the dog. For breeding dogs, early detection of at-risk hips can allow the breeder to make early, informed decisions as to which dogs to keep in breeding programs. 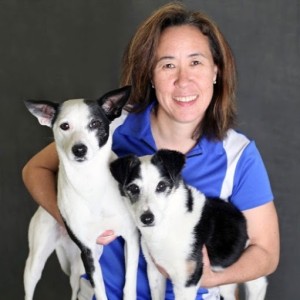 Regaining Canine Mobility: The Story of Susan Garrett and Encore
It’s safe to say that Susan Garrett’s dog Encore—a beautiful Border Collie with a...
Going Beyond Glucosamine and Fish Oil: 1TDC™, a New Generation of Fatty Acids
If you own a breed of dog that is prone to joint health issues or you compete regularly...
How to Treat Pet Joint Pain
If your pet has been suffering from joint pain, your first priority is to make them com...
x