You are here: Home / Blog / K9 Sports / How to Prepare for Your First Flyball Tournament

I tried to turn my little border collie around in the lane to run her again, but she didn’t understand what to do, so she laid down and peed herself in fright. The kindly judge walked over to me after the heat was finished and said, “That was clearly not a fault due to not pottying your dog, so I won’t record that as fouling in the ring, just as a loss.”

Before you attend your first flyball tournament, whether as a new club member or as a new handler with a new dog, there are a few things you’ll need to know. Some of these things you can learn on your own beforehand, some your club captain will need to teach you, and some you’ll learn in the ring as you go—but being prepared will make all the difference! Here’s a short list of “do’s and don’ts” to help you get the most out of your first flyball tournament!

If possible, attend a tournament at least once before you’re ready to compete. It will help you to understand the rhythm of the day, to meet the judges in your region, and to get a feel for what goes on without the added stress of running a dog. Flyball is a great sport full of great people, and having a good introduction to your first tournament will help you feel comfortable and excited to play for many seasons to come. Good luck! 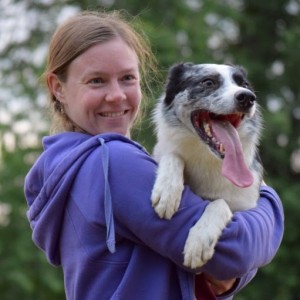